We have recently updated and partially replaced a 125 year old heating system at Old Place, a historic village mansion in Lindfield, West Sussex. The project demanded nine specialist operatives, many man hours, as well as careful design and sensitivity throughout. This is because Old Place is a Grade 2 star listed building with magnificent internal appointments to the highest standards of the Victorian period.

The house was built around 1888 by Charles Eamer Kempe, a world famous Victorian stained glass window designer and manufacturer. In the 1930s, after his death, the house was divided into 6 separate dwellings, the principle reception rooms forming part of the newly designated “East Wing”. Like many old properties however, it is poorly insulated and gets very cold when temperatures plummet.

The original heating system comprised a solid fuel boiler and purpose made heavy steel radiators (fabricated by Kempe in his own workshops), which would most likely have been fired up around September each year and kept going continuously until the temperature rose sufficiently the following Spring. Although altered to gas firing and updated over the decades, much of the original 125 year old heating system remained as originally installed, Miraculously up until the beginning of this year it still worked, albeit intermittently, ineffectively and inefficiently.

However, in February 2013 the system finally seemed to give up the ghost, leaving much of the house just as cold as it was outside. Lady Hunt, owner of the “East Wing” and widow to the former private secretary of Winston Churchill, diplomat and Mastermind winner (the late Sir David Hunt), lives in the property and is in her eighties. Despite dressing like an Eskimo and filling the property with electric heaters, she realised her health was suffering after a bout of extremely cold weather and contacted John Bellière of BSW Building Services for a solution.

Clearly, modern heating equipment would look out of place amid the property’s Victorian splendour, so we concealed every inch of pipework underneath the floors or behind cupboards and fitted the new radiators in Kempe’s original built-in wall recesses, using charcoal grey paint to make them invisible behind the wrought iron meshed fronts. A skilled joiner was also used to deal with the hardwood floors, and remove and reinstate ornate oak panelling and built-in furniture without the slightest evidence of any disturbance.

Because the main fireplace in the drawing room is no longer used, it was necessary to add an additional radiator to keep the room warm. We therefore fitted a period look MHS Liberty cast iron column with sculpted sections and coloured bronze to blend with the room décor. A Quinn Tuscany heated towel rail with an Edwardian period look serves the main bathroom.

The new system runs up to 50 per cent more efficiently than the old, is easy to maintain and the radiators are now zoned with separate time and temperature controls for economy of operation. More importantly, it keeps Lady Hunt as warm as toast!

Lady Hunt looked after BSW’s team throughout the installation, making sure the tea urn never ran dry and even organising a splendid lunch in gratitude. “Thanks to BSW I will stay warm and cosy when the weather turns cold again,” she said. “I am very happy.” 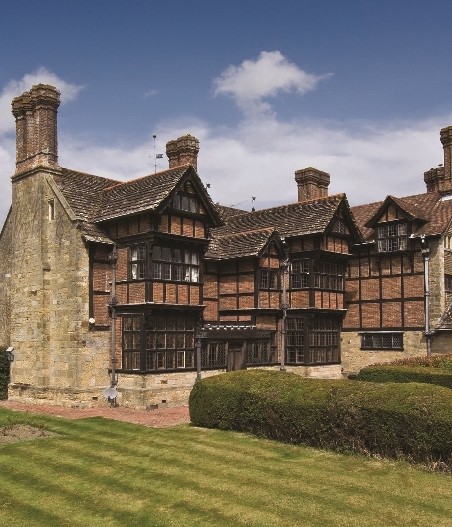