The importance of helping others

It is a stark and thought-provoking fact that 92 per cent of people living in the Chinotimba Township in Zimbabwe have no work.

There are orphans whose parents have died from AIDS and elderly people living in a refuge with no privacy or hot water.

Haywards Heath based heating firm BSW Building Services off Lewes Road has stepped in to make a huge difference to their lives.

BSW has met the cost of building a perimeter wall around the refuge to ensure the privacy of elderly residents and is providing a specialist team of engineers to install a solar geyser water heater on the roof and plumb in hot water services.

Local people are being hired to help out to relieve the poverty caused by high unemployment.

BSW is also supporting an orphanage for children. Many of their parents were victims of AIDS in a country where more than one million people live with HIV.

The water supply for the orphanage needs to be pumped nearly a mile from a borehole and BSW has stepped in to provide a pump and pipeline.

The company is providing assistance through its own registered charity; The BSW Foundation, which aims to combat poverty in Africa.

John Belliere, BSW’s Executive Chairman, who visited the township, said: “Helping people less fortunate than ourselves is important to our company and a privilege to me personally.”

As seen in The Sussex Gazette earlier this week. 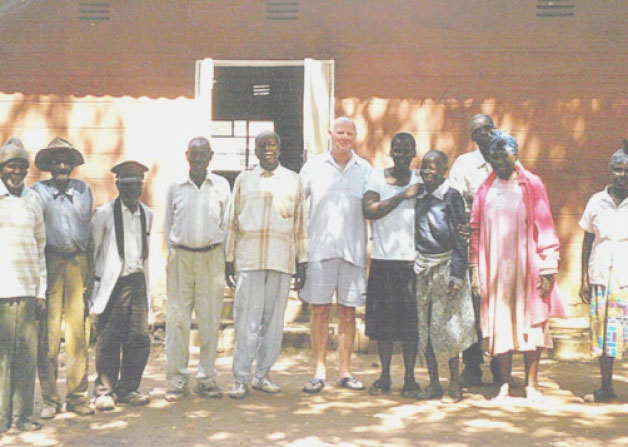