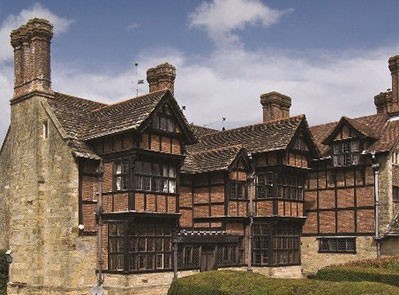 Much attention has recently been placed on the UK’s ageing and poorly insulated housing, with millions of examples in both urban and rural areas. At the latter end of the scale, Old Place in West Sussex provides a prime example of a historic building and the challenges involved in improving comfort levels while also reducing energy consumption.

The east wing was purchased by Sir David Hunt, who served as private secretary to Winston Churchill and also as a diplomat, before later winning TV’s Master-mind not once but twice. It has continued to be the home of Lady Hunt since her husband’s death, but the combination of poor insulation, a highly inefficient heating system (including components dating back more than 100 years) and a particularly cold winter, persuaded her to seek help earlier this year.

Lady Hunt turned to BSW Building Services chairman John Belliere, who lives in the same village. Upon inspecting the premises, he found that heavy steel radiators – designed and manufactured by Mr Kempe when the house was first constructed 125 years ago – were still the main heat emitters.

NNo alteration is permitted to the external appearance or the internal layout without listed building planning permissions, which require that any modern services installation has to blend sympathetically with the period features of the property.

The original heating system comprised of a solid fuel boiler and the purpose-made radiators connected into a large-bore, one-pipe loop, circulating hot water by natural gravitation and providing partial central heating to the principal rooms. The boiler had been altered to gas firing and updated over the decades, but much of the original system remained as installed.

The inefficiency of the existing system had forced Lady Hunt to supplement her heating needs with a number of electric heaters, with the building’s listed status adding further complications.

“No alteration is permitted to the external appearance or the internal layout without listed building planning permissions, which require that any modern services installation has to blend sympathetically with the period features of the property”, Mr Belliere explains. “The flue location, for example, can be a problem. The challenges have been overcome by locating the flue in an entirely unobtrusive position and maintaining all of the new heating equipment out of sight within the existing structure. The sole exception to this was the drawing room, where we ave fitted an MHS Liberty cast-iron column radiator under the main bay window, which sits very well with the period style of the room.”

“The new system is a compromise we reached with Lady Hunt whereby, at this stage, we would provide partial central heating to the principal rooms,” Mr Belliere says. “The old gas boiler and all of the distributing pipework was to be removed, as well as old radiators in the rooms to be re-heated. These included several of the original Kempe radiators, which had been built into wall recesses surrounded by oak panelling and furniture fixtures at the time of construction.”

The difference in performance levels, with the new system estimated to be 50% more efficient than the old. Lady Hunt has expressed her satisfaction with the end result, which required considerable attention to detail and the input of nine specialist operatives to complete all aspects of the extensive upgrade.