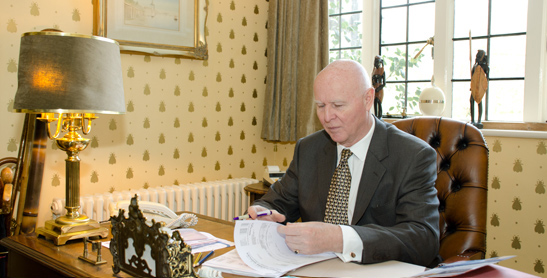 Executive Chairman John Belliere has been with BSW for 40 years and is responsible for establishing company policy, the recruitment of senior personnel and maintaining the overall direction of the company. John joined BSW in 1971 and within 2 years was appointed Sales Director. In 1982, he moved to Joint Managing Director before becoming Managing Director and Company Secretary of the Sussex based company following the de-merger in 2000. He spent the next 10 years establishing the company in its new Sussex location before handing over the Managing Directorship to Matthew Benstead in 2010 and taking up the role of Executive Chairman. John started his career with the Dunlop Rubber Company as a Management Trainee and later became a Systems Analyst with a German computer and software manufacturer. When John isn’t at work, he is busy at his rural Sussex home tending to his dogs, sheep and free range chickens. He has also recently embraced renewable technologies in his own home and installed solar thermal and photo-voltaic panels for both his hot water and electricity needs.